Qualities and Skills of a Hgh Functioning Director

"Given the unique challenges of large projects, the role of the director differs from leading other large projects.  First the director must own and nurture a shared vision for the project within the project team. This will require building and coalescing disparate members that bring a variety of strengths and perspectives to the project.  In addition to effectively bring stakeholders into the team effort, the director will need to continually communicate the project vision to outside parties who have a variety of interests and agendas. Regardless of whether you have come to this site because you have a vision for a project that you would like to lead or if you have been drafted by team members or stakeholders around you, the qualities and skills of a high functioning director are the same and will be addressed in this section. 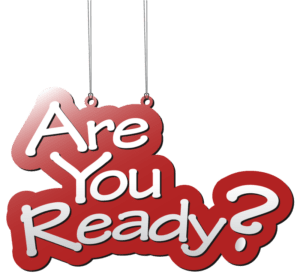 "Before taking on the task of directing a large [...] project, you should ask yourself and possibly some close colleagues (who can provide a frank assessment) three very important questions about yourself.  Consider this a ‘readiness check’ whether you are pursuing a leadership role of being drafted to do so by others. These initial questions have less to do with your personal qualities and more to do with where you are in your career.

"These questions all pertain to key components of the role that you are now considering.

"Seniority:  A director of a large project must be fully established in his or her career.  This is necessary because you will need to work on behalf of others and to withstand controversy that may arise without the concern of reprisal that might jeopardize your tenure or promotion.  These considerations are important not only for disputes but also because the director must work to build the success of others within the project. In addition, the very nature of these projects requires that you consider and promote the goals of project participants and stakeholders that are often non-academic in nature.  Many of these aspects of the project may be extremely rewarding from a personal standpoint, but they often will not advance your career in the traditional academic sense.

"Network of Colleagues:  As academics, we are acutely attuned to the stature of colleagues within our own fields.  We might understand the leaders in allied areas and most certainly we can read CVs for strong academic potential and performance.  But high performing teams are often composed of diverse personalities from varying fields that collectively contribute to the whole.  The best team may not necessarily be composed of the stars in each area because of personality conflicts or because specific needs within the project are not squarely aligned with the expertise of known stars.  As you form your team, it is vital that you can draw upon your own established network of colleagues who you know are good performers and team players. The qualities of these team members are often unique because you will be seeking individuals who have established records within the community as well as in their field. This does not mean that you must build the entire team by yourself, but you can build your core from an established network and trust them in turn to identify team members from their own networks.

“Broad Shoulders:”  By this we mean “the ability to take on large and diverse responsibilities across the breadth of the project.”  As project director, you will not only require academic credentials but, more importantly, you will need leadership skills and a strong work ethic.  It is important to know that you are not the only person on the project, or necessarily the most important person. But you will most definitely need to shoulder large responsibilities within the project that go far beyond the typical roles of an academic.

"Since large projects are often long in duration, you will need to assist and, in some cases, carry the load of others experiencing temporary difficulties for the betterment of the project as a whole.   You can expect to see team members move to other institutions, have changes in their assigned duties, and undergo personal difficulties and tragedies. This is not to say that you will need to do everyone else’s job, but often you will need to carry an extra load to assist a colleague through difficult times.

"Large projects almost never unfold exactly as planned or as expected.  Since stakeholders are intimately involved, not only in providing feedback but also in identifying needs and direction, the project team is often called upon to redirect its efforts to serve the society goals rather than team members’ academic pursuits and objectives.  As director, you will be called upon to mediate such tensions to help your team find optimal routes to success for the project, its personnel, and its stakeholders. To achieve this you will need to serve not only as facilitator, but as a sales person to bring your team together.  This will require that you have both a strong working relationship and the respect of your team and key project members.

"If you are still reading this, you most certainly are asking yourself if you, personally, have the qualities needed to lead such a project.  Or perhaps you are unsure of what qualities are required. Certainly successful leaders of large project arrive with a diversity of personalities and skill sets but there are some attributes that appear to be universally embraced.  Ask yourself and a confidant about the following personal qualities. Are you able to: 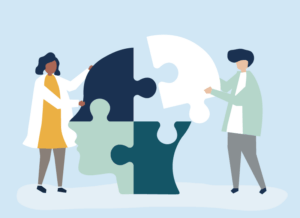 "These traits will be required in the leader’s role. You will rely frequently on those traits that you possess naturally; cultivate those for which you have aptitude; and be aware of and learn to compensate for those that do not come easily. 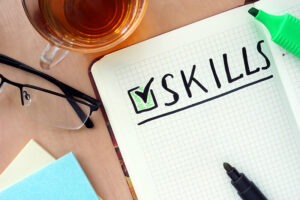 "In contrast to the personal qualities just listed, skills can be acquired through training prior to taking on a leadership role or while in service. Again, be introspective in your assessment of the skills on the following list that you currently possess and those that you will need to develop further.

"As director, you will be called upon to fill a unique role.  As the face of the project, both inside and outside the team, you will be required to possess a presence, knowledge, and respectful attitude about the efforts as a while, as well as the stakeholders with which you will be interacting. Inherently, these requirements demand not only a technical knowledge but also strong communication skills and many times a high degree of social intelligence. These skills are required regardless of your personality, but can certainly be fulfilled by many types of people in their own unique manner.  It is rare that individuals naturally possess all of the skills listed above. Rather, they come to their position with a set of strong qualities, a vision for an effort, and an inclination to lead. But their ultimate success will depend upon taking their innate abilities and building upon this foundation with a set of new skills and knowledge.  For instance, if you are inherently an extrovert, you might need to develop your listening skills. If you are naturally self assured in your abilities, you might need to develop the ability to accept and trust dissenting opinions or disciplines. If you are naturally quiet and introverted, you might develop your ability to interact with large groups of stakeholders and colleagues.

"Wonderful examples exist for leaders with a wide variety of personality traits.  If you have the inclination to lead, regardless of your natural characteristics, you simply need to seek examples that speak to you and work on your deficiencies.

"What should you expect as the director of a large project? Now might be a good time to consider and plan for the percentage of time you might be devoting to a variety of tasks.  An example is provided below. The range of time percentages will vary depending on your specific project. The time allotted to these various tasks will also vary with the stage of your project; for instance, you will spend much more time on administration when kicking-off the project than later when your efforts are well underway.  But the percentage below will give you a rough idea of what to expect. 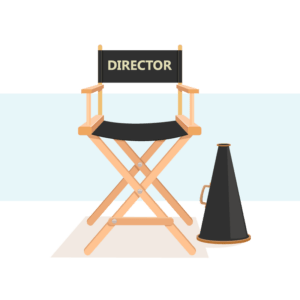 "What to Expect as Project Director

"Now that your have done a personal evaluation of your qualities and skills, what should you expect your role and daily effort to be once the project has begun?  While every project is unique, there are some roles that are common to all efforts.

"As director, you are the face of the project to the external world and a champion for the project to a broad set of stakeholders including the scientific community and in society.  Thus, you must articulate the vision, importance, achievements, and limitations of the project and your colleagues in terms that resonate with persons representing different sectors and with varying backgrounds, experiences, and knowledge.  This includes speaking fluently and authoritatively to media, policymakers, federal agencies, special interest groups, critics of all stripes, educators, and the general public.

"Obviously, despite the  many demands on your time and expertise, you will not be infinitely available at all times to all people.  Therefore, you will need to develop a shared and distributed leadership within the project. But one inevitable rule will hold true for you:  the buck stops with you. So be prepared to be decisive, fair, consistent, and generous in  your decisions, time, and knowledge.

"Finally, if you are undertaking the extraordinary leadership role for a large [...] project, you have already demonstrated your commitment to the importance of these kinds of projects.  The professional rewards can be substantial, but they will often seem inadequate in proportion to the challenges, travails and pressures. At those times, it will be important to be able to draw strength and inspiration from your commitment to this kind of scholarship and the importance of pioneering ways to conduct it successfully.

"Before taking on the task of directing a large [...] project, you should ask yourself and possibly some close colleagues some very important questions:

"Although you will need to develop a shared and distributed leadership within the project, the buck stops with you as project director.  So be prepared to be decisive, fair, consistent and generous in your decisions, time, and knowledge."

Transcribed here by J. S. Olson.  I deleted "SES" in front of projects throughout because the advice given extends well beyond social-ecological systems (SES) to other kinds of multi-disciplinary projects.