Find your own leadership style 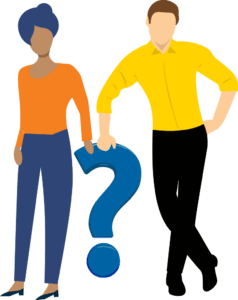 Bringing together a talented group of researchers to work cooperatively to solve a problem takes time, commitment, passion, and a lot of hard work.  Whereas everyone on the team plays an important role, typically one or two individuals steer the effort. As a leader, you can:

In addition, you can foster

The characteristics of successful research team leaders are as diverse as the teams they lead. There are a number of common strengths exemplified by leaders that contribute to the overall success of the team.  Leaders of collaborative efforts, no matter what their personal style, see to be effective at:

Leadership styles, like leadership characteristics, vary widely.  Some leaders employ a style in which they both self-identify as the team leader and are seen clearly by others as heading the effort.  They are in command and in charge. Others would be less inclined to describe themselves as leaders and could be thought of as driving from the back of the bus.  That is a leadership approach that is less directive and provides many of the team members the opportunity to take on leadership roles in the context of the overall project.

However, there are some leadership styles that can damage and derail a team effort, including: 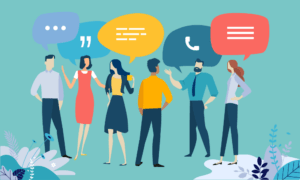 Strong scientific and interpersonal communication skills are critical and required to keep the group interacting, cohesive, and on course. Communication includes both the subjects for discussion as well as the logistical strategies for effective interactions.  As a leader, you must ensure that the team outlines

Communication strategies may include teleconferencing, interactive Web-based collaboration tools, listservs, and email.   Workshops and retreats provide forums for face-to-face interaction as well as strengthening and broadening networks. In addition, the importance of learning each other’s scientific languages cannot be understated (See link to communication)

How people speak can play a role in the collaborative setting and can depend on the context.  Leaders who are conferred high status by their followers and peers typically use powerful language (statements that are assertions without any qualification).  In contrast, we typically do not associate strong leaderships with the use of powerless language.  Powerless language is characterized by the use of hesitations, hedges, disclaimers, raising one’s void at the end of a sentence, and tag questions (e.g., “I think…,” “it has been said that,” “maybe I’m wrong but” and “don’t you agree?”)  Powerful language is devoid of such elements. A study was conducted to evaluate status conferral to individual leaders in the context of independent and interdependent work. Results demonstrated that in the context of highly interdependent work, higher status was conferred to leaders who use powerless language.  This was due in part ot the perception that the leader was more strongly focused on the group as a whole than on his personal role within the group (Fragale, 2006).

Other studies have found that women are much more likely to use powerless language than are men, which might be another factor to explain why having more women on a team leads to better functioning.  When you qualify someone’s assertions with an expression such as “perhaps I am mistaken but…,” you create a comfortable space in which someone else can safely offer her or his perspective.

There is accumulating evidence that having women in leadership roles or on the team contributes positively to overall functioning and productivity.  Several studies have found that women speak less frequently and also are much less likely to interrupt other speakers in team meetings than are men. If we remember that the intent of a team is to direct multiple perspectives on a problem, then it makes sense that teams in which there is more even participation are likely to be more creative and make more progress than teams in which participation is monopolized by a few people.

Fragale, A. R. (2006)  The power of powerless speech:  The effect of speech styles and task interdependence on status conferral.  Organizational Behavior and Human Decision Processes. 101(2). 243-261.