Stimulate ideas by having everyone participate in an Idea Tree exercise 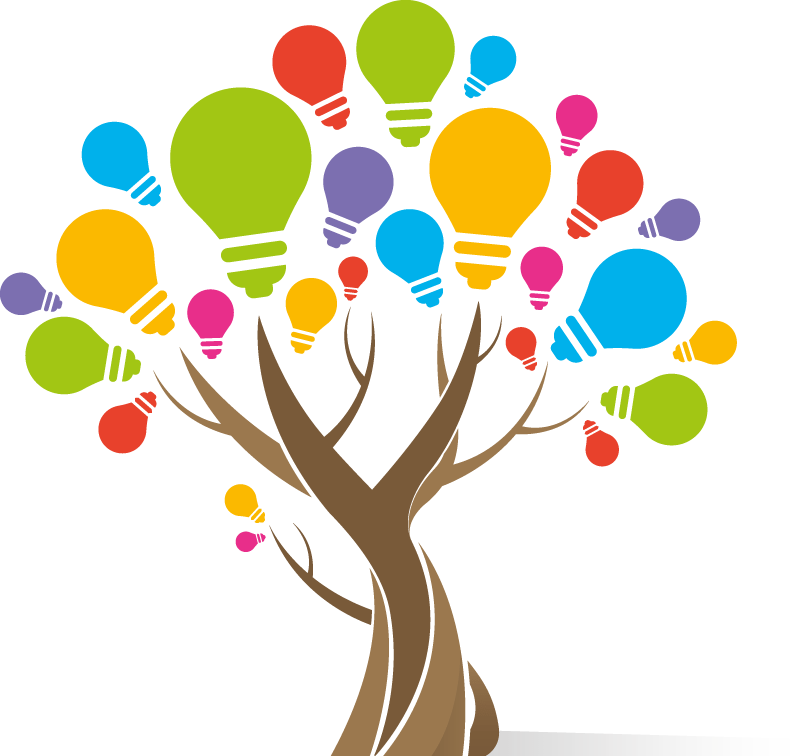 “How can cross-disciplinary research teams increase their capacity for generating and integrating novel research ideas and conceptual frameworks?

“A key challenge faced by research teams is harnessing the intellectual synergy that can occur when individuals from different disciplines join together to create novel ideas and conceptual frameworks. Studies of creativity suggest that atypical (and often serendipitous) combinations of dissimilar perspectives can spur novel insights and advances in knowledge. Yet, many cross-disciplinary teams fail to achieve intellectual synergy because they allot insufficient effort to generating new ideas. Here we describe a brainstorming tool that can be used to generate new ideas in cross-disciplinary teams.

“This exercise is straightforward and requires few resources other than pens or pencils, blank sheets of paper, and a table at which eight to ten team members representing two or more disciplines are seated as shown in the image near the bottom of this post. At the start of the exercise, each participant is given a blank piece of paper and asked to work independently and write their initial ideas at the top of the page. Depending on the specific group task, the ideas can relate to a research question or hypothesis, a new concept or method, or outline for a proposed study. The scope of the brainstorming task can be left relatively open-ended, or focused more narrowly on particular topics relevant to the cross-disciplinary team (eg., neuroscience, climate change, health disparities research). During the three to four minutes allotted for this part of the exercise, individuals are encouraged to avoid being too self-critical of their own entries, even when their ideas seem too preliminary or provocative.

“Once all participants have written down their ideas, they each pass their page to the person sitting next to them. Participants are asked to adopt a supportive and inclusive stance toward the ideas they have now received, taking three to four minutes to write a brief reaction. For example, they can elaborate on the original idea or pose a question about it. Each sheet of ideas is then passed on again, making its way to each participant around the table and gathering additional entries extending the thread of ideas triggered by the initial prompt.

“After the pages have been reviewed and annotated by all participants, they are returned to the individuals who wrote the initial entry. Thus, every member of the team receives a page containing several elaborations of his or her initial idea from the respective vantage points of other participants. 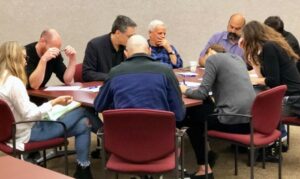 “Each completed page, in effect, reflects a branch of the overall idea tree created by the group as a whole. The idea tree tool is designed to harvest several new ideas in a relatively short period of time and facilitate serendipitous combinations of disparate views among members of cross-disciplinary teams.

“With eight to ten participants, a complete round of this brainstorming exercise can be done in about 45 minutes to an hour."

“Besides generating several new research ideas among team members, the exercise elicits more general insights about brainstorming processes in team research. After participants have finished commenting on the ideas offered by other team members, they are invited to discuss the results of their collaborative brainstorming, which commonly reveals the following insights:

“A crucial goal of cross-disciplinary research teams is the creation of new ideas and conceptual frameworks that advance knowledge within and across fields. The idea tree has proven useful as a brainstorming tool in cross-disciplinary training and research settings. The exercise is especially helpful in prompting novel links between disparate ideas, although the processes of prioritizing, refining and integrating insights derived from the idea tree require longer-term collaborative discussion and metacognition, as described in Machiel Keestra’s recent blog post. Not all of the ideas gathered through the exercise will be deemed sufficiently novel and useful to warrant further development. However, the more time and effort allocated by research teams to knowledge creation and integration activities, the better their prospects for achieving cross-disciplinary insights that trigger scholarly and societal advances. The idea tree can be used by research teams at repeated intervals to build their capacity for knowledge discovery and integration. The idea tree is one of the methods used in our research and training initiatives at the University of California, Irvine’s Team Scholarship Acceleration Lab described in our previous blog post on strengthening the ecosystem for effective team scholarship.

“Have you used alternative brainstorming tools in cross-disciplinary research teams? We welcome your thoughts about other idea generation tools and your reactions to the idea tree exercise if you have occasion to use it in an educational or research context.”