Back to: Phase 2: Launching the Team

Not Everyone Uses the Same Vocabulary or Workstyle

In interdisciplinary projects, the whole point is to join what is known in each field and move ahead with new questions and methods to answer them. Unfortunately, people in different fields develop special meaning for some words, sometimes even giving regular English words special meaning.  Acronyms abound. People often talk in their special language, looking to others to see if they are understanding. Unfortunately, they are implicitly asking whether you are in their “club,” whether you have been well trained or not. Because of this, it is very hard to say, “I don’t understand; could you please explain that to me.”  There are classic cases where people did not ask and therefore constructed wholly different meanings for the words spoken than the speaker intended. 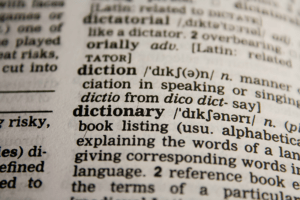 This issue is mentioned in the Field Guide amidst their general discussion of communication:

"Researchers of interdisciplinary teams have identified several common problems in such collaborations:

"During meetings goals are defined, knowledge is shared, and new common perceptions of the problems at hand are developed.  It is through the sequential meeting process that this group identifies and establishes a common “working” set of definitions, concepts, goals, and knowledge practices (Monteiro and Keating, 2009). 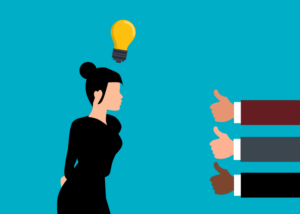 This material was written in the context of team science.  Our emphasis is broader.  Therefore we substituted "scholarship" or "research" for "science" in the text.  We left the title of the manuscript quoted as Team Science so it can be found.

From Working Together Apart (Olson and Olson, 2014):

Two people have common ground when they share knowledge, beliefs, and/or assumptions and know that they share it. It’s not only the similarity but also the knowledge of what the other knows that makes conversation easy. ...One clear indication of common ground is that people have worked successfully in the past. The experience alone gives them something in common and time to get to know what the other person does and does not know. [For example,] the developers working on the 5Ess switch at Lucent had been working together for sometimes 20 years.  Not only did they have similar training before working on the switch, the long-term experience was shared and they had time to know what everyone else knew. Often, when you have learned a corporate culture, e.g., AT&T, by being employed there, one can spot the embodied AT&T culture in people one hasn’t met before; in fact their nickname was “Bell Heads,” after the original company name, Bell Telephone (Steinberg, 1996). Cummings and Kiesler (2008) found that successful distributed collaborations often had participants who had had prior successful collaborations among themselves.  Strikingly different culture has been the cause of unsuccessful mergers, like EDS and GM (Borghese and Borgese, 2002).

Many distance collaborations, however, purposefully mix people from different disciplines or backgrounds, in the hopes of generating innovation.  In these cases, if people do not put extra effort into establishing common ground, difficulties will ensue. In a software development team at Anderson Consulting that we observed, it was clear after about an hour that there were different assumed interpretations of the word, “system,” some meaning just the technology and others meaning the technology and its users and organization.  One organizational response to this was to have “green beans,” or new hires, assigned to most teams, and encourage them to ask questions when they didn’t understand something. This often led to clarifications that were helpful to all, including the most experienced team members.

Many collaborations have recognized the importance of establishing a common vocabulary.  For example, in the BIRN project that focused on the mouse brain at all different levels of granularity, the scholars discovered that they referred to the different parts of the brain with different words.  Without agreeing on terms, they could not cross reference their findings in their databases. They developed both a Rosetta Stone translation scheme [for the database] and further allowed reference in the user interface by pointing at a visualization of the area (Olson et al, 2008). …  Common ground goes well beyond words used: “When paleoecologists meet with contemporary ecologists, those whose work concerns deposits in the fossil record gesture and draw from bottom to top to signify the passage of time, while contemporary ecologists, time flows left to right.” (Hackett et al, 2008, p 282.)

Not only may the knowledge differ with people from different areas of expertise, but also the working style.  When work styles differ, people will generate less positive attributions of the others, feeling less empathetic (Cramton, 2001; Williams, et al, 2007).  We found in UARC [Upper Atmosphere Research Collaboratory] that domains scholars and computer scientists, building tools for the scholars, had very different working styles [and goals].  The computer scientists had a loose way of deciding the requirements of the system, more like today’s Agile than the Waterfall Method. [Software engineers at the time would have been more insistent on a requirements specification before proceeding.]  The space physicists and the user interface designers expected a more planned approach with hierarchical management (Olson et al, 2008). Different management styles also plagues GEON (GEOsciences Network).

Cross-cultural communication is fraught with differing expectations of conversational and collaboration behavior...Management styles also differ in different cultures.  In particular, whether people give others negative feedback and how it is done differs remarkably between the U.S., Europe, and Asia. Browning (1994) has coined the differences in his “hamburger style of management:”

Cross-cultural collaborations can succeed, in spite of these differences.  But team members have to be trained to both behave and interpret actions appropriately.  This training often comes from living in the other country for a long time and having a helpful “translator” for not only words but also actions.  In addition, there are online assessment and training tools, like GlobesmartTM from Aperian Global Learning, that will allow members from different countries to assess their value-profile and compare them with specific others on their team or wit more generic data from those for particular countries. Where there are [revealed] differences, there are particular training modules on how to find a middle ground when confronted with mixed styles and values.”

Browning. E. S. (1994)  Side by side: Computer chip project brings rivals together, but the cultures clash.  The Wall Street Journal. A1, A6.